Why relationships matter in negotiations may seem obvious and complicated at the same time.

On one hand, who cares about the relationship? This is business we’re conducting after all! But as soon as that slips out of your mouth, you realize that business and relationships are one in the same.

Relationship-building is a key part of your career. (And your life).

And if relationships matter more in negotiations, you can bet that they are a HUGE factor within CAREER negotiations.

If the relationship matters in regular “business” negotiations, then in career negotiations they’re on another level of importance.

And I likely don’t need to tell you why. But then again, I am writing a blog post, so I will.

Relationships in negotiations are often overlooked

Sometimes we overlook this fact when we’re preparing. We forget that we will actually be talking to a human and not just confessing to a robot about why we definitely deserve a raise.

I’m not saying you have to try to “woo” anyone, but I am saying you need to keep the person you’re talking to in mind (and their priorities). That is, after all, relationship building – a key part of anyone’s career.

Overlooking relationships is potentially more prevalent in the U.S.

Overlooking the relationship is arguably more prevalent in the United States, too. Many cultures have long-standing traditions of relationship-building before business is even discussed. In the U.S., time is money. And if you’re busy building a relationship, then they may just view you as wasting their time.

But don’t overthink it. And recognize that taking that time building a relationship could just be a key part of your future negotiation success.

*Bonus: The ultimate goal & why relationships matter in negotiations

1. First impressions have an impact

Relationships matter in negotiations and the very first sign of that is with first impressions.

This is especially true for interviews in your career. Even if you dislike first impressions, they happen. And they happen at very key and important times. One of those times is when you’re trying to secure your livelihood. Or ask for more of it.

This is oftentimes the first step into relationship-building. If it goes well, it can have a positive impact on your time at that place of work. If it doesn’t go well, don’t fret. You’ll have other chances. Not the first chance, but other ones.

The bottom line is that you want to work there. And so you need to do your very best to put forth a first impression that accurately shows who you are so you can find the best fit for your career.

A positive first impression is indeed relationship building. You’re presenting your best self and you want to learn about them, if only slightly, to show that you’re someone they could see themselves carrying on a conversation with in the future.

As much as I believe “likability” & a likability bias can hinder and hurt various candidates, being open about yourself and generally interested in another person is hopefully a step away from that sentiment & in the direction of relationship-building to see if they want to work with you & more importantly, if you want to work with them.

If they refuse to build even a small relationship with you during the first impression (both theirs and yours), do you want to work there? Maybe that’s your style and you like how they cut right to business. Maybe it’s not and you prefer someone you can get to know better. Your first impression of the company is with that person. Who knows if they represent it well or not, but that’s what you’ve got to go off. And that’s why first impressions matter.

This is the initiation stage of relationship-building and strong relationships can foster positive negotiation outcomes.

2. You’ll (likely) be working with them over time

This is also obvious. But warrants a focus.

Relationships matter in negotiations because you’ll likely be working with some of the same assortment of people in your career.

The relationship matters, not only in the beginning, but on an ongoing and consistent basis. And that’s because you’ll likely be working with this person long-term. This is a fundamental concept in career negotiations.

Building relationships in your career helps turn your coworkers and superiors into advocates (and vice versa).

Since you’ll be working with them over time, the relationship is important because you’ll likely be negotiating for something in the future if you’re at a job or in a company long enough. They can even serve as a contact down the line at a future company. This makes it relevant to not only foster your relationship with them, but to also make them aware of your career goals.

The better you know someone and they have an understanding of your focus, goals, wants & needs (a.k.a. the stuff that organically takes place in a relationship), they can better support you and also advocate for you.

One of my favorite negotiation stories is when my boss was my biggest advocate (and I think it happens more often than we think).

*Reminder: You’re HALF of the relationship

*This is not to say that you’re selling out and bending over backwards for this relationship. It’s quite the contrary. Remember that a relationship has TWO sides. You’re HALF of that relationship. That means you need to be content & satisfied with the work, agreements, etc. just as much as them.

Never have we seen this so clearly in the worker’s market that is the current reality. Employees need to be just as satisfied as the bosses (if not MOREso right now). This is a complete flip to much of history’s employer / employee dynamic. Take advantage of it.

3. Each person has their own circle of influence

Relationships matter in negotiations because each person has their own circle of influence.

This is both a blessing and a curse (if you make it one). Remember that you’re building a relationship with everyone you come into contact with in your career whether you like it or not. It’s just part of it. You may never see them again or you may see them every work day for the next 5 years. Make it count.

Make it count because 1) they’re a person and that’s as good as a reason as any and 2) they have their own circle of influence.

We’ve all heard a version of a story where a candidate was not so nice to the office staff and even though they aced their interview with the boss, they didn’t get the job. That’s because their impression and lack of relationship building showed.

It doesn’t mean you need to be “over the top” to every person you come into contact with, but it does mean to keep in mind that everyone has a circle of influence. And what goes around comes around.

Put it into perspective

Many of us will easily say the person we have a strong relationship with will undoubtedly be an advocate for us, more easily see our perspective, and ultimately be more likely to give us a more favorable outcome in the negotiation.

Putting it into perspective can easily demonstrate how relationships matter in negotiations.

*Bonus: The ultimate goal and why relationships matter in negotiations

Beyond career gain and negotiation success, the ultimate goal is to realize and recognize the humanity on the other side of the table. Getting to know the other side has a much higher value proposition than simply career gain & getting what you want from them. Relationship building &

Disclaimer: While the contents of this post and blog come from research and personal experience, each experience, situation and/or person has their own unique circumstances. This is not negotiation, financial or any other form of legitimate or official advice from an expert. Each individual should do their own independent, comprehensive research. Negotiation, career and all other decisions are the sole responsibility of each individual or party. Details found on the blog and in individual posts are opinions and should be treated as such for entertainment purposes only. Read further disclaimer information on the Disclaimer page. 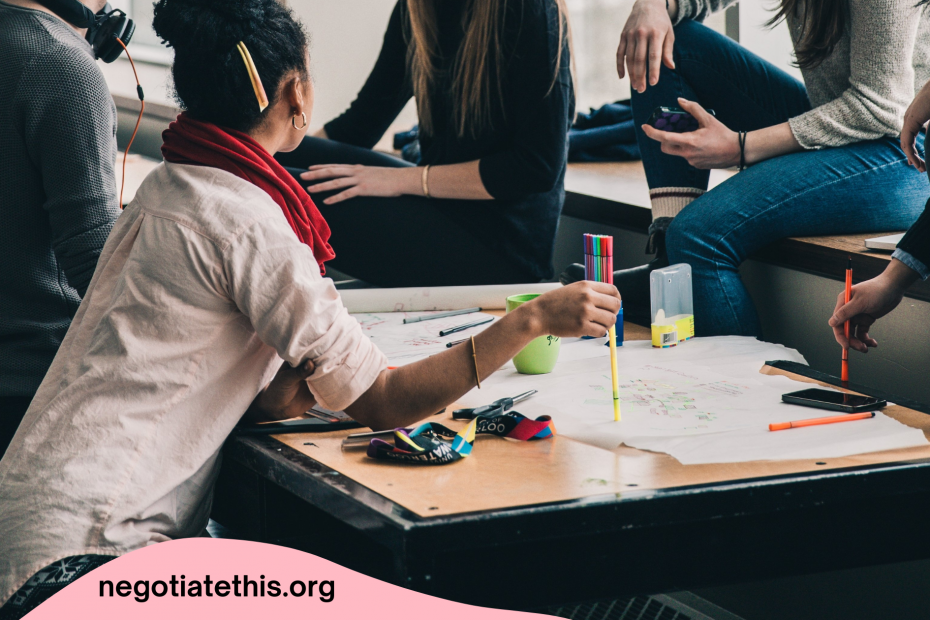